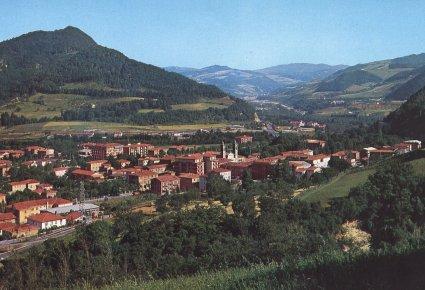 Sasso Marconi, a small municipality situated in the province of Bologna, lies just in the heart of the Apennines a short distance from the rivers Reno and Lavino. Its name derives from the impressive rock formation rising south of Bologna, the so-called Sasso di Glossina; this outstanding rock spur hosted a cave which was once used as an oratory but which was later abandoned because of the landslide which took place here in 1780.

The second part of the place-name is dedicated to the great scientist Gugliemo Marconi, whose memory is also celebrated by the local museum and by the mausoleum which cherishes his mortal remains.
Situated in a privileged strategic position, Sasso Marconi cherishes numerous finds belonging to ancient peoples, such as the Etruscans and the Villanovians, who settled these territories from the X to the VIII century BC. Some Etruscan tombs discovered in the surrounding area are currently displayed in the halls of the Museum of Marzabotto. This area is also rich in historical finds dating back to subsequent dominations, as evidenced by the Roman aqueducts which were once used to gather the water of the river Reno.

Notwithstanding the strong industrialization it has recently experienced, Sasso Marconi still relies heavily on its ancient farming traditions based on the production of sausages, cheese, honey and truffles. These tasty local staples are some of the city's major attractions. The food and wine tradition the city cherishes is celebrated by some local festivals, 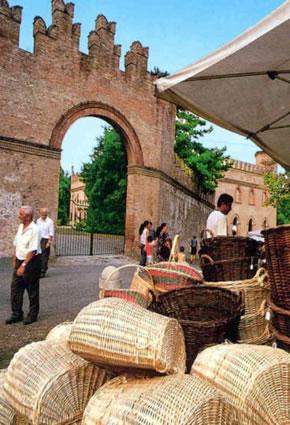 such as the Ancient Fair of Pontecchio or Fira di Sdaz, which takes place here in September. This festival has offered both tourists and local inhabitants the possibility to enjoy tastings, shows and good music for more than 3 centuries. Another well-known festival is the "Tartufesta", a celebration of the famous white truffle which takes place here between October and November.

Not to be missed in the neighbourhoods of Sasso Marconi is Villa Grifone in Pontecchio, the place where Guglielmo Marconi carried out his research aimed at inventing the first device to send and receive radio signals. Today, it hosts his mausoleum and an interactive museum which gives tourists the possibility to discover the life of the inventor and the vicissitudes which gave him the possibility to invent the first radio device through clips, documents and historical finds.

The museum also takes into account both previous and subsequent inventions, thus going over the history of electricity.

Not to be missed is the fifteenth-century Palazzo dei Rossi, the most beautiful villa in the surrounding area where Pope Giulio II and Pope Paolo III lived in 1506 and 1541 respectively, and where Tasso died in 1587. The residence was restored by Rubbiani in 1909.