The Vatican City is one of the most appreciated holiday destinations in Rome, since it is scattered with inestimable works of art, the Basilica of St. Peter and the Vatican Museums, the latter cherishing one of the world's most important art collections.

Divided into several sections, the Vatican Museums gather precious finds dating back to different ages and give visitors the possibility to admire outstanding works of art and historical evidences. 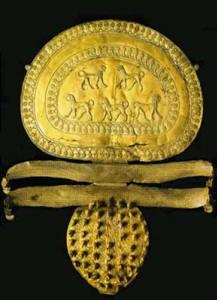 The Egyptian collection occupies 10 halls and contains precious finds from 19th- and 20th-century excavations in Egypt, as well as statues that were brought to Rome in Imperial times. There are also Roman imitations of Egyptian art from Hadrian's Villa in Tivoli and from temples in Rome devoted to Egyptian gods and goddesses.

It also cherishes impressive funeral steles and memorial stones, imposing funerary monuments, precious Mesopotamian finds and interesting artifacts, documents and reliefs from Palestine and Syria.
Prize Greek and Roman pieces form the nucleus of the Pio-Clementine Museum. These include high-quality Roman copies of 4th-century BC Greek statues, such as the splendid 6th-century BC marble group of the Laocoon. Not to be missed are important works of art by Antonio Canova.

The Etruscan Museum houses a superb collection of Etruscan and pre-Roman artifacts from Etruria and the Greek colonies of southern Italy. Here, the most famous exhibits are the gold jewellery and bronze throne, bed and funeral cart, found in the 650 BC Regolini-Galassi tomb in Cerveteri.

Not to be missed are the sumptuous Raphael Rooms and their harmonious frescoes, which are able to attract large numbers of visitors. Pope Julius II's private apartments were built above those of his predecessor.

Julius was impressed with Raphael's work and chose him to redecorate the four rooms. Room of the Fire in the Borgo: the main frescoes were designed by Raphael, but finished by his assistant Giulio Romano. The most famous one, The Fire in the Borgo, shows a miracle, when Pope Leo IV put out a fire by making the sign of the cross.

Room of the Segnatura: the scheme followed by Raphael, dictated by Pope Julius II, reflected the Humanist belief that there could be perfect harmony between Classical culture and Christianity in the search for truth. The most famous works are the School of Athens, the Disputation of the Sacrament and the Parnassus. Room of Heliodorus: The main frescoes by Raphael all contain thinly veiled references to the protective powers of the papacy. The room's name refers to the fresco on the right, The Expulsion of Heliodorus from the Temple. Other important paintings are The Mass of Bolsena, the Deliverance of Saint Peter and the Meeting of Leo the Great and Attila. Hall of Constantine: the frescoes in this room were completed after Raphael's death and are largely the work of the artist's pupils Giulio Romano and F. Penni.

Another set of fascinating frescos can be found in the Loggia of Raphael, which was commissioned by Pope Julius II, started by Bramante and completed by Raphael. It is decorated with impressive scenes depicting episodes from the Old and New Testament.

Alongside the Raphael Rooms is Pope Nicholas V's private chapel, which was frescoed by Beato Angelico. Also worth seeing is the Borgia Apartment, decorated by Pinturicchio and his pupils for the Borgia pope. Modern Religious Art on view here was sent to the popes by artists worldwide. The collection consists of nearly 800 sculptures and paitings.

The Vatican's greatest treasure is the wondeful Sistine Chapel, the popes' official private chapel which is used by cardinals when electing a new pope. Apart from its great religious and spiritual value, this outstanding chapel gathers precious masterpieces by Michelangelo.

Its massive walls were frescoed by some of the finest artists of the 15th and 16th centuries. The 12 paintings on the side walls, by artists including Perugino, Pinturicchio, Botticelli and Ghirlandaio, show parallel episodes from the life of Moses and Christ. The decoration of the chapel walls was completed by Michelangelo. 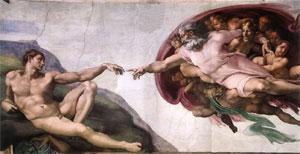 He frescoed the ceiling working on specially designed scaffolding. The main panels, which chart the Creation of the World and Fall of Man, are surrounded by subjects from the Old and New Testaments, except for the Classical Sybils who are said to have foreseen the birth of Christ.

Michelangelo added the great altar wall fresco, the Last Judgment. The painting depicts the souls of the dead rising up to face to wrath of God. In a dynamic, emotional composition, the figures are caught in a vortex of motion. The dead are torn from their graves and hauled up to face Christ the Judge. Christ shows little sympathy for the agitated saints around him, clutching the instruments of their martyrdom. Neither is any pity shown for the damned, hurled down to the demons in hell. Here Charon, pushing people off his boat into the depths of Hades, is taken from Dante's Inferno.

The Vatican's Art Gallery gathers over 400 artworks realized between the XI and the XIX century, which are hosted inside 18 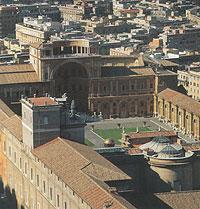 Here are such pinnacles of Italian painting as the magnificent paintings by Giotto, Leonardo, Rapahel, Titian, Beato Angelico, Veronese, Perugino, Caravaggio, Crespi and many more.

Not to be missed are the interesting collections of the Ethnologic Missionary Museum, which cherishes interesting items bearing witness to the Christian Missions and the different cults of extra-european countries.