The province of Como boasts the only example of Italian exclave situated in a foreign country. The small municipality of Campione d’Italia lies within the Swiss Canton of Ticino, and is separated from the rest of Italy by Lake Lugano and the Alps.

Although it belongs to the Italian State, Campione d’Italia has a considerable amount of economic and administrative integration with Switzerland; legal tender, telephone system, car plates and taxation are Swiss.
A bustling resort gathering plenty of interesting highlights, Campione d'Italia offers those flocking to Como the possibility to discover a modern and cosmopolitan centre.

Apart from outstanding natural settings which extend halfway between the lake and the mountains and the inestimable artistic heritage cherished by its ancient village, Campione d'Italia boasts a famous Casino, which has stood out as the largest gambling house in Europe since 2007, when it was moved to its new seat. Both the lovers of gambling and curious people will have the possibility to spend exciting hours amidst roulettes, slot machines and gambling tables while trying their luck. The city's major institution, the Casino was founded in 1917; its new seat was erected next to the old one and features ultramodern and futuristic architectural patterns designed by the Swiss architect  Mario Botta.

Walking down the streets of the city centre, visitors will have the opportunity to admire the artistic beauties cherished by this small centre, the homeland of many acclaimed craftsmen and artists who left indelible marks on both Italian and European history of art. Outstanding works of art by the Masters from Campione, that is to say builders, painters, architects and sculptors who worked in the major cities of northern Italy between the XII and the XIV century, have made Campione d’Italia an important cultural centre since the Middle Ages.

One of the most representative cultural and artistic sights in Campione d’Italia is the Church of St.  Zenone, the oldest architectural work of the city which was built around 756. The current building, which is deconsecrated and used to host art exhibitions, blends several styles, such as XVIII-century Baroque decorations.

Frescos and bas-reliefs which were realized between  ‘300 and ‘500 embellish the Basilica, which is made up of a nave and two aisles, while the vaults cherish tombs and foundations which belonged to the original church. A short distance from it, in Viale Marco da Campione, is the new Parish Church dedicated to St. Zenone, which was designed by  Mario Salvadè in 1966 in a modern style. The outstanding stained-glass windows of the Baptistry were conceived by Aldo Carpi from Milan. 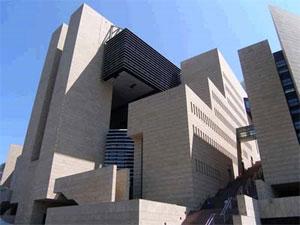 The extensive excavation works involving the Oratory of St. Pietro delle Erbette, which is situated in Piazza Roma, just across the entrance to the ancient old town, unearthed important Lombard finds, as well as a necropolis dating back to the early Middle Ages and the foundations of a pre-existing church.  The lakeside promenade of Piazza Roma, which boasts breathtaking views over the lake, is the main day and night gathering place for those flocking to Campione d’Italia.

Another unmissable sacred building, a traditional destination for cultural tourists from all over the world, is the Church of St. Maria dei Ghirli, which rises on the top of a charming terrace overlooking the lake and can be reached through a monumental staircase. The impressive building, which was erected in 874, was subsequently restored between the XIII and the XIV century, while the side which can be seen from the lake dates back to ‘700. Both outer and inner walls are embellished by precious frescos which were realized between ‘300 and ‘600, important evidences of art and iconography.

The sacred and the profane, the modern and the old merge in pleasant harmony just in the heart of this tiny village, which extends across a single kilometre and has been an important crossroads between the Italian and Middle-European culture for over thirtheen centuries. Campione d’Italia is easily accessible by car through the Chiasso-Lugano Motorway, and by boat, crossing Lake Lugano before reaching the small tourist harbour of the city.