Park of Southern Adda in Lodi

The river Adda, which flows across the whole Lombardy, is  an important resource for the province of Lodi.

The territories which surround Lodi are mostly included in the Park of Southern Adda, a protected area which also covers part of the province of Cremona.

The park extends across 230 square kilometres  between Rivolta d’Adda and Castelnuovo Bocca d’Adda, a lovely municipality situated south of Lodi where the river Adda flows into the river Po.
The course of the river is surrounded by coastal woods, river beaches, marshes and so-called “dead” areas which were once crossed by the river. These territories provide a rich habitat for rare species of animals, plants and birds. They are populated by rare marsh harriers, hoopoes and green woodpeckers, and also host 3 heron reserves which attract large numbers of birdwatchers.

Apart from outstanding natural beauties and landscapes, the small centres of the Park of Southern Adda also cherish precious historic-artistic evidences. The ingenious waterworks which were designed by the Romans are almost fully destroyed, but the territory is still redolent of the extensive reclamation works which were carried out here by Benedictine Monks.

Both countryside and riverside are dotted with churches, monasteries, farmhouses and sanctuaries, which are the most representative buildings of the whole province.

Apart from the precious monuments which enrich Lodi's city centre, the most important cultural, religious and historical sights of the Park of the Southern Adda are the Church of St. Pietro, which was part of the 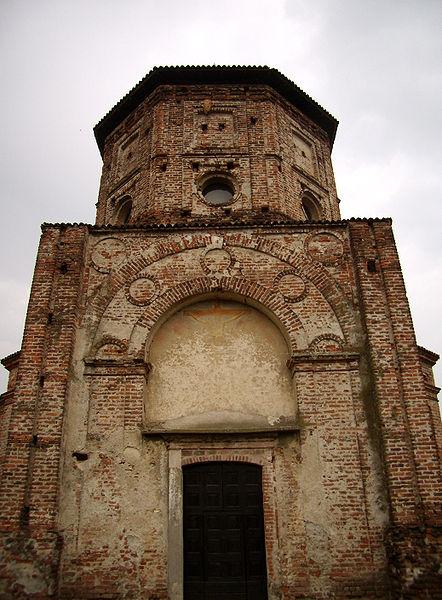 impressive abbey of  Abbadia Cerreto, situated 10 kilometres far from the city centre, the traditional farmhouses of San Martino in Strada and, further south, of Cavacurta,  the Sanctuary of Madonna della Costa in Cavenago d’Adda, the XIII-century Church of St. Cosma and Damiano in Zelo Buon Persico and the oratory of St. Biagio in Comazzo.

The park also hosts well-preserved defensive bulwarks which were erected between the Middle Ages and the Renaissance, impressive four-sided castles provided with corner towers and merloned fortifications of brick and stone. Not to be missed in the Park of Southern Adda are the Castle of Camairago, the nearby castles of Castiglione d’Adda and Maleo and the Fortress of Maccastorna.

Apart from comfortable accommodation facilities, the tourist resorts of the Park of Southern Adda also host well-equipped facilities for the lovers of open-air sports. There are plenty of riding grounds and cycle paths which are able to suit the different requirements of both adults, children and families flocking to the province of Lodi.

One of the most appreciated itineraries is the so-called Path of the Dragonflies in Abbadia Cerreto, which provides a rich habitat for thousands of insects. It allows to visit the so-called “Dead area of Abbadia Cerreto” and the nearby church of St. Pietro, which once belonged to the ancient Benedictine abbey.

The Natural Reserve “Adda Morta - Lanca della Rotta” is an appreciated holiday destination, since it provides a rich habitat for rare species of animals and plants and gathers three different biotypes. The lovely resort of Villa Pompeiana hosts an interesting fish park. Both refreshment booths and small supermarkets, which are situated almost everywhere across the Park of Southern Adda, give tourists the possibility to taste and buy genuine local staples, such as honey, cheese and aromatic herbs.