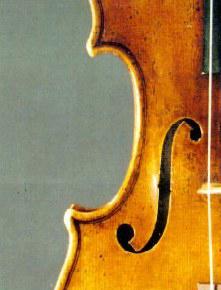 Apart from outstanding naturalistic beauties, the province of Cremona gathers fascinating old towns and lively cultural and artistic activities which make it one of the most appreciated cultural destinations in Northern Italy.  One of the most representative artisan activities which makes Cremona famous all over the world is lute-making, which has been carried out for many centuries and has turned Cremona into the capital of artistic lute-making.

The Amati, Guarneri and Stradivari families contributed to the development of Cremona's music history, since they manufactured some of the most precious instruments in the world.

The pioneer of lute-making was Andrea Amati, which lived and worked in Cremona from 1505 to 1577. The two main exponents of lute-making were born here towards the end of the following century: Niccolò Amati, Andrea's nephew, and Antonio Stradivari, which is still regarded to be the genius of lute-making. Giuseppe Guarneri, who was born in the late seventeenth century and worked up to 1744, manufactured the favourite violin of the great composer Paganini.

Today, Cremona gathers 130 workshops which still retain their original atmosphere and manufacture precious instruments belonging to the prestigious “Cremona Liuteria” brand. Cremona's old town hosts  the Stradivari Museum, the Stradivari Hall of the Municipal Palace and a Lute-making School which has trained the most important contemporary craftsmen since 1938.

The so-called Stradivari Itinerary gives tourists the possibility to admire some of the most important instruments realized by the great master himself and the pupils of his school. The great lute-maker built over 1200 instruments: some are still well preserved and are regarded to be inestimable works of art.

Even if private museums and collections abroad cherish larger exhibitions, the display of the so-called Room of the violins of Cremona's Town Hall gathers four of the most important pieces in the world, among which the famous “Cremonese 1715”. Not to be missed are other instruments realized by the most important violin makers who worked in Cremona between the XVI century and the first half of the XVIII century.

The tour of the city also includes the visit of the Stradivari Museum, which is hosted inside the sixteenth-

They also host more than 60 instruments realized by his pupils and further acclaimed violin makers who worked between  '800 and the early ‘900. Exhibitions are accompanied by detailed informative panels which help visitors understand the different manufacturing phases.

Apart from being one of Cremona's most representative landmarks, the so-called Torrazzo, which is made up of 487 steps, offers guests the possibility to visit the so-called Bottega nella Torre, an ancient workshop owned by an expert violin maker who is always available to give tourists detailed information. The native house of Stradivari, which is situated in Corso Garibaldi 57 and can be visited from the outside only, and the tomb of Piazza Roma are other important stops of the itinerary.

The narrow streets which snake across the Gardens of Piazza Roma and Corso Campi are peppered with plenty of lively workshops which are open to the general public. The exhibition room of "Cremona Liuteria" Consortium in piazza Stradivari gives tourists the possibility to admire instruments and even try to play them.

Cremona and its province often arrange music shows and events which gather music lovers, acclaimed musicians and important violin makers who studied at the International School of Lute-making and Music Palaeography of Palazzo Raimondi.

The most interesting events are the concerts of Cremona Liuteria in Festival review, which takes place every year between late September and early October and gathers the best instruments realized by the Stradivari Institute, and Cremona Mondomusica, a large trade fair which attracts the main manufacturers of music instruments from all over the world to Cremona's Exhibition Centre.